My sister-in-law (remember her from her birth story Failure to Progress or Failure to be Patient?) took this picture for me at the LDS Church History Museum. It's an illustration from Harper's Weekly of an 1871 Sacrament Meeting in the Mormon Tabernacle in Salt Lake City, Utah.


The double-page illustration which we give this week shows the administration of the "Sacrament," large pewter vessels, of which several may be seen in front of the pulpit, being used for the purpose. All present, men, women, children, and babies in arms, partake.

On the left side, you can see two women breastfeeding. (Click on images for a high-res version.) 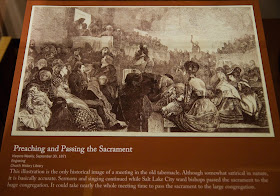 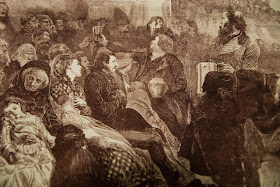 From this illustration I learned several things about the culture and practice of breastfeeding at this time (late 1800s), place (Utah), and culture (Mormon):

1) Public breastfeeding was accepted as normal in mixed company and during worship services.
2) LDS women breastfed in public without a cover or blanket.
3) The norms of dress at the time meant women unbuttoned their dresses at the chest area to nurse. In the closeups below, you'll see dress opened, exposing the nursing breast. 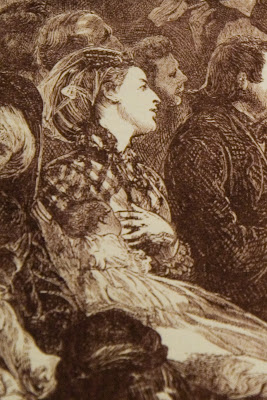 The illustrator seems familiar with the techniques of breastfeeding (or was just good at reproducing what he/she saw). Notice the woman supporting her breast while her baby nurses, something I often do myself. 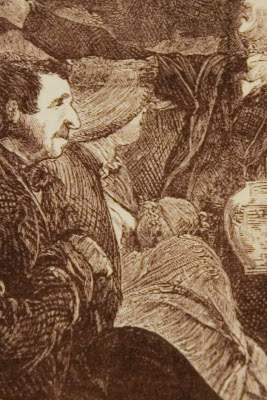 The engraving originally appeared in Harper's Weekly.Text describing the illustration is on the upper left column. 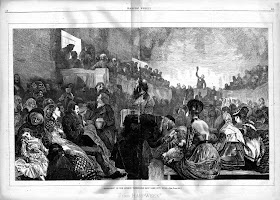 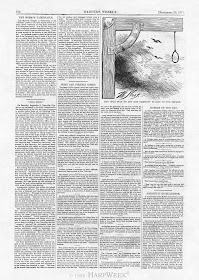 Other people's posts on this topic:
Breastfeeding at church: now and then at Life Inspired
Breastfeeding and LDS Church at Improves With Age
Several posts from TopHat: Modesty and Breastfeeding, Sacrament Meeting 1871,  & Inquisition Monday
Rixa at Saturday, August 21, 2010